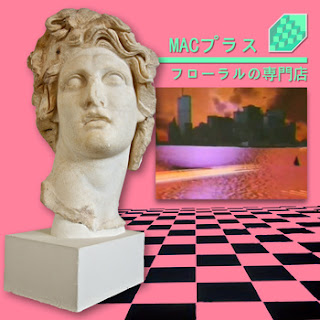 Here's my top 50 for 2012. Obviously a more techno-oriented affair than years past, but that's the direction I find my tastes headed in lately, and there seemed to be a shortage of interesting releases on the non-electronic front. Couldn't be bothered to do full-on write ups this time, but reviews abound, and hopefully there's something for everyone to enjoy here. Happy new year!

The last 12 months have been some of the most tumultuous yet tremendous that Ubuntu has ever seen.

Before we look back at the highs and lows of Ubuntu in 2012 lets first pay some attention to the bits that help make it what it is: the apps.

So here are some of the best app-shaped debutantes of 2012.

Like flip-flops in mid winter, the usefulness of a ‘windowed’ weather app doesn’t seem immediately useful. If it’s going to rain, snow or hail we want to be able to see that at a glance, not have to remind ourselves to hunt around open windows to check.

But after downloading and installing Stormcloud, the first of three apps on this list by developers Caffeinated Code, those concerns were moot.

Stylish, slick and informative, Stormcloud showed that weather apps don’t have be droll, drop-down menu affairs. Its Unity launcher integration, striking visuals and customisation options mean that, for this app, the  is looking very bright indeed.

To-do apps are, it’s fair to say, hardly on the ‘urgent’ list when it comes to things Linux users long for on the desktop. In fact, a quick search in the Ubuntu Software Center throws up a veritable post-xmas dinner quantity of options.

And most of them are about as good looking as the aforementioned metaphor.

So the launch of Nitro, an app by the folks at caffienated code, didn’t exactly make me giddy, particularly since Wunderlist – the ‘darling’ of task managing – was available for Linux in one form or another.

But I was proved wrong.

Sporting Dropbox and Ubuntu One syncing, as well as apps for Windows, OS X and the web, Nitro gave Linux users a gorgeous looking and well featured app that made accessing our to-do’s a must-do!

Nitro on the Ubuntu Software Center

Few apps on this list are will leave an indelible mark on the history of Linux. The launched of a native Steam client for Ubuntu, however, is the exception.

Released in early November to a select number of testers, before opening up to anyone who wants it earlier this month, Steam for Linux is not a shoddy, half-bake implementation.

See, Steam for Linux is a milestone. It’s arrival has been like a bat-signal to other developers, telling them that the Linux desktop is commercially viable and should be taken seriously.

Indeed, since its announcement most major graphics card vendors have stepped up their support for Linux, bringing features long since missing to their binary blob drivers.

So whether a gamer or not; whether you use Steam or its social features or don’t, everyone on Linux has benefitted from its arrival. And, in my guess, will continue to benefit for some time to come.

Refining and streamlining the desktop e-mail experience was on the minds of Yorba, the makers of photo app Shotwell, when they launched Geary back in spring of 2012.

Although this early version was rough around the edges it showed promise – promise that was delivered on by its second release this past October.

With some nifty Ubuntu integration and a healthy, though not exhaustive, feature set, Geary is shaping up to be the one e-mail client available on Linux that’s worth writing, or in this case e-mailing, home about.

Geary on the Ubuntu Software Center

Google launched their much anticipated cloud storage service “Google Drive” earlier this year – but failed to provide a desktop client for Linux.

Thankfully it didn’t take long for the community solutions to pop up, the most capable (and usable) of which being ‘InSync’.

Along with instantaneous syncing of your Drive contents to and from Ubuntu, InSync lets you edit your Google Docs files offline; integrates with Nautilus; and alerts you to any changes or errors via an indicator applet.

The company who make the app claim to store nothing themselves (bar authentication token and metadata info on your files). All uploads, edits and deletions occur natively on your device and are ‘synced’ to Google Drive.

The “bad” news is that the app is only ‘free to use’ during its beta period (which it is still in). After this time a subscription model will be introduced.

But don’t fear: a free Google Drive for Linux app is being made by Google, and I’m told it should make its way out into the wild in the first quarter of 1213.

Before the Ubuntu App Showdown RSS fans had to stick with Google Reader in the browser, or use one of a handful of bloated and unsightly ‘native apps’.

Realising that something needed to be done Lightread was born.

In fact it’s something of a misnomer to call LightRead an RSS client. It’s not; it’s a Google Reader client.

Yes it looks very similar to a certain OS X app, but so what? imitation is the sincerest form of flattery

Lightread on the Ubuntu Software Center

UberWriter, created as part of the Ubuntu App Showdown, is a nitfy ‘lightweight’ text editor designed specifically for writing Markdown.

Not being a user of Markdown (see here for more on using it) I can’t attest to its usefulness in that area, but it does work brilliantly as a ‘distraction free’ text editor.

The ‘Focus’ mode is worth praising in particular. With it enabled you can better concentrate on the sentence you’re writing.

UberWriter on the Ubuntu Software Center

2012 may not have seen any booms of the apocalyptic variety, but it did see one in the creation of Unity Lenses.

Most of them the work of one developer: David Callé. Amongst his multiple creation was this, the Unity News Lens.

Easily my favourite of his releases this year – I’m a news junkie, don’t hate – it brought

A healthy smattering of filters to narrow down search results; the use of your location to display local stories; and handy options for sorting made it a useful tool for those who, like me, are news junkies.

How to Install Unity News Lens in Ubuntu

If you’re not immersed in marine life then figuring out what Cuttlefish does from its name alone can be tricky. Thankfully, once installed, it’s all very apparent.

Cuttlefish, named after a many-tentacled sea creature, is a sort of ‘if this, then that‘ for your desktop that’s capable of doing automated tasks based on certain events you specify.

So, for example, you could configure it to disable Bluetooth when the screensaver starts; or have Firefox open up the second you connect to a WiFi network. when you connect to Wifi.

Guest contributor Kev Quirk wrote a thorough run-down of how to put Cuttlefish tentacled talents to use in Ubuntu back in September – do check it out.

Cuttlefish on the Ubuntu Software Center

Picking just one last item for this list was hard. 2012 saw so many great applications created, many of which came about as entries to the Ubuntu App Showdown.

But my final entry is for Postman. It’s not the most useful app for its purpose, but it is one of the best looking.

It uses a psedu-literal metaphor for ‘sending’ your photos to Flickr and Ubuntu One; you put photos in the envelope, then attach a ‘stamp’ f0r ‘Flickr’, ‘Picasa’, ‘Google+’ and/or ‘Ubuntu One’ to send it to those services.

Postman on the Ubuntu Software Center I did not get to see this until after I sent in several poll responses (OK, two), and was sad for that reason that it turned out to be exactly as miraculous as many people I trusted had said it was. The Murnau link is not even a sixth of it, honest. The narrative convolutions are as purposeful as they are expert, the imagery is never not gorgeous, and this is about as perfectly modulated in terms of humor, sadness, and genuine irony as movies ever get. (In a discussion for another time, and soon, I was bitterly disappointed with Tarantino's Django Unchained, and came out of Tabu saying "Now THIS is how you pull off a meta-movie!" And again, that's not even a fifth of it.) Seriously, see this.

7) Lincoln, Steven Spielberg, reviewed here. Spoiler alert: the dance-contest movie is not in my top five.

6) Cosmopolis, David Cronenberg, reviewed here. Tomorrow, if you're good, I'll put up a brief interview I did with the maestro the other day.

An Argentine woman has revealed she plans to marry the convicted killer of her twin sister.

haicim
He got a life sentence after all

The September 12 ShopAndroid.com Deal of the Day is the DICOTA Pull Tab Case for Samsung Galaxy Nexus and Galaxy S3. This case is made of a durable leather that keeps your device protected at all times. The functional pull tab allows you to easily retrieve your device from the case each time, so you never have to struggle. The magnetic front flap also keeps your device secure from drops.

The DICOTA Pull Tab Case is available for just $18.00, 55% off today only. Backed by our 60-day return policy and fast shipping.

Never miss a deal. Sign up for Daily Deal alerts!

reply
for the S3
Adelaide